The Limpkins were enjoying a lovely morning at this preserve. . . . As I wrote in a recent post, the Apple Snails they love to eat are plentiful here this year.This young fellow had a little trouble negotiating his large find. But he eventually found a solid marshy clump to bang the shell on, and […]

A Tri-colored Heron contemplates his next move just before the sun sets. See more about these delightful wading birds at All About Birds and on some of my previous Birder’s Journey posts.

The Double-crested Cormorant is the most common Cormorant in North America (Audubon). So where are their double crests, you ask?? Oddly enough, the bird is so named because of two tiny, barely noticeable, tufts of black feathers that appear on its head ONLY during breeding season. Speaking of ‘tufts’, this fellow (not in breeding plumage) appears […]

An hour before sunset, while everyone was eagerly watching the skies for other more showy birds flying in to roost, I spotted this lovely adult Little Blue Heron hiding in the marsh. How do I know this blue-gray bird is an adult? Because, curiously, Little Blue Herons are completely white when young. The white juvenile Little Blues are often mistaken […]

The Black-bellied Whistling Duck (BBWD) above was the designated sentinel of the day, keeping a close watch over the 15 or more fluffy, black and yellow ducklings swimming about nearby with their ‘guardians’.It had been raining all day, and the worst of a severe thunderstorm had just passed. We surmised later that it may have been […]

While walking at the Marjory Stoneman Douglas Wellington Preserve this morning, I saw lots of young Limpkins out and about, foraging in the marsh, and vying for the best treetop lookouts. This fellow above discovered his own private perch atop a birdhouse, tucked away in a quiet alcove.  On the boardwalks there was ample evidence of […]

In a few days we will celebrate Rosh HaShana, the Jewish New Year. The holiday liturgy includes the story of Chana, as told in the Tanakh (Jewish Bible). Chana is disconsolate because she is childless, and, in a powerfully emotional scene, she pours out her heart in prayer to God.Chana’s Song is her prayer of thanksgiving to God after she […]

Walking through the Orlando Wetlands last night, after a heavy rainstorm, I spied this Great Blue Heron trudging up out of the water with a tasty catch firmly speared on his long, dagger-like bill. The Heron spent a few moments shaking the unfortunate fish, who soon gave up the struggle. It is believed that this action breaks […] 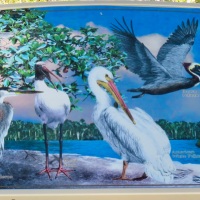 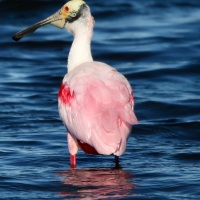 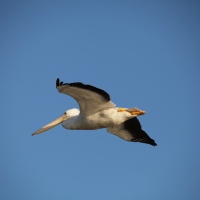 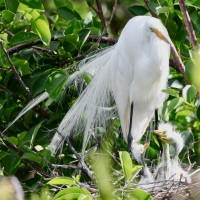 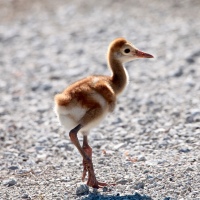 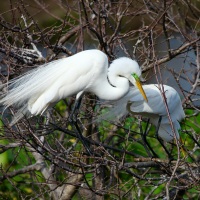